On line. At your convenience. In your own time. On your own terms.
Learn More

Seeing to present art history to a variety of learners, Art History Unstuffed presents the Soundbytes in Modern Art podcast. These episodes are available as single units or can be found as a virtual book on iBooks, free of charge under the title Art History Unstuffed: The Podcasts.
Listen to the Podcast

This twenty-seven episode series of five minute videos span Western art history, from the Caves to Romanticism. Produced for and with the assistance of Otis College of Art and Design, these can be used by students and teachers as introductory, supplementary or review material. Each video is written,narrated and produced by Dr. Jeanne S. M. Willette, reinforced with written text and richly illustrated with many images.
Learn More

“ Art is not what you see, but what you make others see” 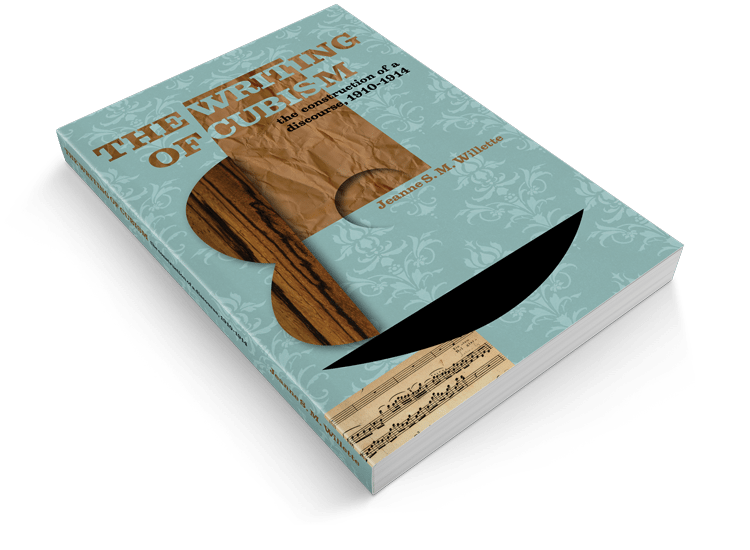 The Writing of Cubism:

The Writing of Cubism posits that when the art critical writings on Cubism are re-read within their original intellectual and political context, it becomes clear that the historical coincidence of the conception of Cubism on the eve of the Great War had an impact upon the verbal configuration of this new movement that was equal to, if not outweighing, the stylistic innovations and artistic experiments of the artists. 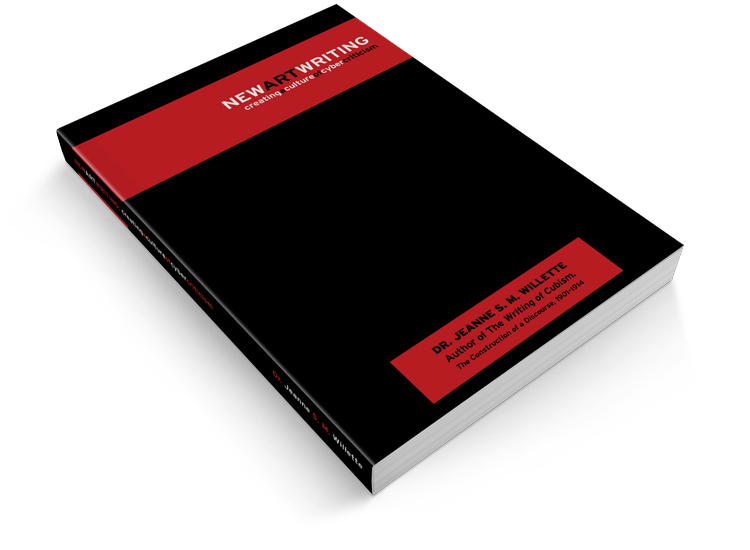 Creating a Culture of Cyber Criticism

This book examines the possibilities of theorizing the Web, takes up current debates on digital discourse, and presents the work of the leading scholars of the Internet working in the current field of content production in Cyberspace. 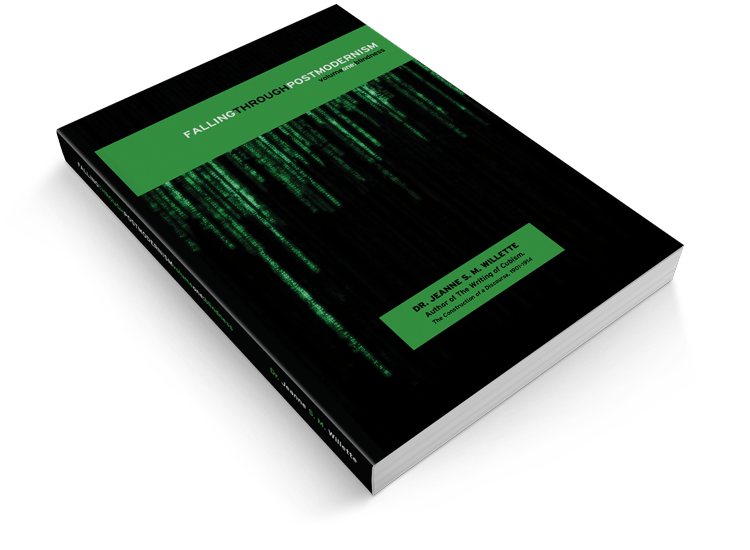 After Postmodernism, it is now time to return to an abandoned territory in search of our own blindness. What did we not see during the age of theorizing, to what were we blind? In three substantial case studies this volume, the first of three books on Postmodernism, the author closely examines some of the remains of a lost era.

Dr. Jeanne Willette unfortunately passed away in early 2019. She supported thousands of students in their exploration of art history during her career and was a valued colleague. This site, Art History Unstuffed, was one of her major contributions to those studying this field. Without Dr. Willette this site is not being updated with new content. While her web master, with support from her two sons, continues to maintain the site for the time being, a new generation of Art Historians is needed to carry the site into the future. If you are interested in participating or have other suggestions for this site, please click here to leave a note.

For too long art history has been held hostage by scholars speaking to scholars and not to people. The purpose of this site is to educate and to inform and to do so with respect to the intelligence of the readers. Designed as a site for serious students of art history in need of solid substantive material, Art History Unstuffed is written for Twenty-First-century learners who prefer reading “text-bytes” and “sound-bytes” of targeted information.

Written by Dr. Jeanne S. M. Willette, a published scholar who has researched and consolidated both well-respected classical sources and vetted the latest research, this site creates a middle ground between arcane scholarly jargon and informed discourse and presents a detailed account of Modern, Postmodern, Philosophy and Theory that is accessible to all readers interested in the history of the modern and contemporary periods.

This site is responsive to computers, cell phones and tablets and will resize for your reading convenience.

About the Author
Art historian and art critic, Dr. Jeanne S. M. Willette lives and works in Los Angeles. An art historian at Otis College of Art and Design, the widely published author covers the local art scene and is the publisher of the website Art History Unstuffed.
With an international audience, this website and its accompanying podcasts provide the 21st version of learning about art, history, philosophy, and theory.
Learn More

How To Use This Site
Welcome to Art History Unstuffed, and to education in the twenty-first century


In contrast to the traditional text books, Art History Unstuffed exists on online where there is infinite space. The site can therefore go into depth and provides a fuller discussion of topics in art and theory.


Designed as an addition to classroom instruction, Art History Unstuffed is not a course but an extension of topics found in a survey art history class.
l

Art History Unstuffed can be a valuable resource in presenting information on modern and contemporary art for docent programs, which concentrate on training the teachers on the collections in your museum.
Learn More
Podcast
Seeing to present art history to a variety of learners, Art History Unstuffed presents the Soundbytes in Modern Art podcast. These episodes are available as single units or can be found as a virtual book on iBooks, free of charge under the title: Art History Unstuffed: The Podcasts. Each episode discusses a single topic at greater length than the written posts, which are about 2500 words each. Each podcast ranges from 15 to 20 minutes and is part of a series that treats an artist or a topic over an hour of listening. The episodes are, therefore, discussions at a higher level and are geared more to graduate students and to colleagues than to the beginning student.

Romanticism in France was an artistic movement that was born of the excitement of Napoleonic art and its depictions of the glory and horrors of total war. But after the Emperor was deposed, the new generation of artists could find “liberty” only in the refuge of art-for-art’s-sake and freedom existed only in bohemia. It was in the quarters of unknown artists that the avant-garde was born, but the most successful Romantic artists in France were, in fact members of the establishment. Although Eugène Delacroix and Jean-Auguste-Dominique Ingres were often considered as Romantic opponents, they both were chroniclers of their times, depicting an image of an age caught between past glories and the future of industrialism.

What is the impact of methodologies of art history upon the recounting of the history of art? A methodology is a way of telling or constructing the past. This act of re-construction is, in fact, as Hayden White expressed, “a tropic of discourse.” However, a trope can be so completely absorbed into the accepted discourse of received wisdom that it become invisible. When the actual documented history of art is filtered through the invisible trope, this lived history is reshaped according—not to events or to objects—but to the trope itself. In the 1980s, the familiar methodology of formalism, which had presented a very particular account of Romanticism, was challenged by a new method, one which stressed the social and historical context for artistic production.

This podcast delineates the connections between the art historical methodology of Formalism, as developed by Heinrich Wölfflin (1864-1947), and the concept of Romanticism. Romanticism was the movement in which the concepts of painting changed from “academic” to “modern.” Until New Art History reintroduced the importance of context, the approach of “art history without names” reigned supreme. How did the uneasy mix of history and methodology change the history of art? What recent corrections were made to retell the history of art history?

Episode 7: The Academy and the Avant-Garde

THE ACADEMY AND THE AVANT-GARDE IN FRANCE

The artists of the French Academy and the artists of the French avant-garde are often presented as being protagonists, but, in fact, each group defined itself in terms of the other. The French Academy was the bastion of the establishment, of rules and regulations and of order. The avant-garde bohemians were the original outsider artists, misfits without credentials, who were able to break the rules of art and change the course of art. But the Academy absorbed and co-opted and softened the concepts and techniques of the avant-garde artists, making the “radical” changes acceptable to the general public.

The model for the Academy as the purveyor for “official” art, approved by the State, which supported the system of art schools, was followed by other nations. England had its own Royal Academy, Germany had its academies, even Spain and America had an Academy. The struggles between the forces of the Academy or the status quo and the Avant-Garde or change were fought mostly in Paris and London. There were several reasons for the quarrels between the older and young generations. First, there were questions of style, centered mostly in painting—how to paint, second, there were issues of content—what subject matter was appropriate for public consumption, and third, by the second half of the nineteenth century, there were economic conditions.

Arbitrary academic restrictions on art, censorship by the state on artists became an economic restraint of trade. As Pierre Bourdieu pointed out, there were simply too many aspirants for too few positions in the Academic system and the so-called avant-garde artists were those artists who, for reasons of style or content or both, could not find success within the existing establishments. It would be these artists, pushed into the position of being Refusées, who would seek out new means of exhibiting, displaying and selling their “outsider art.”

Page 21 of 24« First«...10...1920212223...»Last »
View All
Videos
The complete Art History Timeline – this twenty-seven episode series of five minute videos span Western art history, from the Caves to Romanticism. Produced with the assistance of Otis College of Art and Design, these can be used by students and teachers as introductory, supplementary or review material.

The page you requested could not be found. Try refining your search, or use the navigation above to locate the post.

View All
Shop
Show off your smarts. Art history unstuffed merchandise makes great gifts for you and your colleagues. 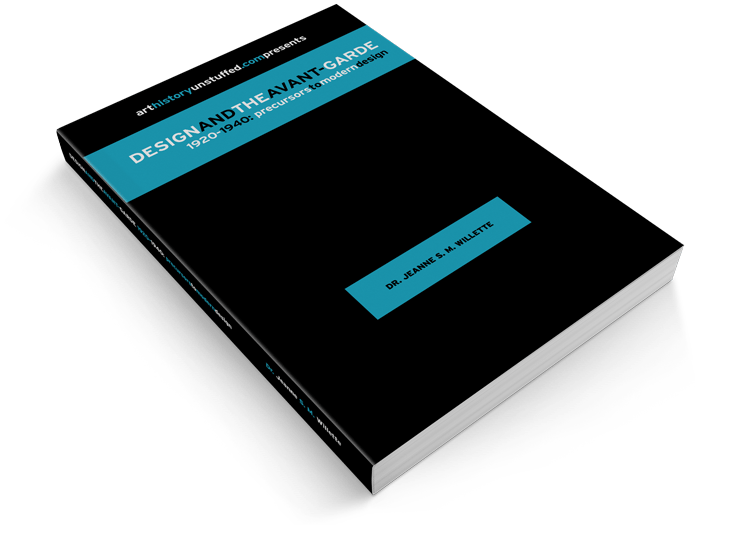 To continue to the circulation of her contributions to Heathwood Press, Dr. Willette has assembled the articles, published and not yet published, into a new book on the avant-garde. This new book will include other articles available on Academia.edu and Heathwood Press. This most recent series on the historic avant-garde was being written in response to the centennial of the Great War. After a remarkable span of five decades, the avant-garde was ended by this war in Europe. The war exiled and killed the artists, ended art movements, and scattered avant-garde art, now left to the mercies of totalitarian regimes. Now that a century has passed it is time to re-examine the avant-garde and re-write its details, reexamine the art historical assumptions, which constructed the idea of provocative art. This forthcoming book also seeks to relocate forgotten art, left behind in the rush towards the future.

Dr. Willette is currently completing an entirely new kind of book on design, a book that is multi-modal. Offering multiple modes of output, this book offers the readers several ways of receiving information, slide shows, podcasts, texts and images. The interactive book, Design and the Avant-Garde, 1920-1940, will be divided into several volumes. Volume One will focus on the interconnections between art and design at the fine-de-siècle period, leading up to the creation of “modern” design.

“Painting is self-discovery. Every good artist paints what he is.”
— Jackson Pollock