The Fate of Fonts, Part Five

Typography and Danger in Germany

The debate about the appropriate typeface was not a new one in Germany. Introduced to the printing press as a substitute for handwritten Medieval manuscripts in the fifteenth century, the fraktur or Gothic script, fell gradually out of favor as the classic Roman script, Antiqua, rose in popularity because of its comparative legibility. But, because this heavily serifed font was associated with the German inventor of the printing press, Johannes Gutenberg (????- 1468), the German principalities held on to the black letter script out of national pride. The concept of “national” pride became more significant in the nineteenth century when the German principalities came together as one nation, united under Prussian domination in 1870. German nationalism had been awakened by the struggles with Napoléon I and only intensified with the Franco-Prussian War, which coincided with the unification of Germany. It could be said that “Germany,” in its early years, was defined in opposition to France, which had been occupied by the Romans. Out of war and a mélange of principalities, a modern Germany emerged, needing a new identity. One aspect of Germanic identity that was particularly significant to Germans was the fact that the Roman army never succeeded in going east of the Rhine River. Germany remained German, never Romanized nor classicized. Therefore, part of what defined “Germanness” was its ancient “Germanic” history, and its distinctive alphabet, the Bruchschrift, was a visible and always present signifier of a Teutonic heritage. Ironically the reason for the prominence of fraktur was its outmoded historical presence, a very old alphabet that had long since been abandoned by other modern nations–except for ceremonial purposes. By the end of the nineteenth and early twentieth century, there were already arguments for Germany joining the international community and abandoning what was now an idiosyncratic font. But there were factions that felt buffeted by the winds of Modernism (France), and, especially after the Great War, felt that it was more important than ever that the Bruchschrift be retained. The post-war debate about Germany’s national font and its fate was a metonymy for larger concerns and deeper questions: What, in the wake of a humiliating defeat, was the meaning of “Germany?”

It is difficult to know if the strong feelings that surrounded a historical font were due to the sheer newness of Germany or it these reactions to the possibility of using Antiqua were out of a genuine concern for German history. Bismark, the first Chancellor of Germany, once declared that he refused to read “German books in Latin letters.” Bismark’s nationalism pointed to the uncomfortable fact that the Roman font was already being used in Germany, but his sentiments were also nothing new. The poet Johann Wolfgang von Göethe had many publishers, but one of them, Johann Friedrich Unger, also took a stand against the Roman typeface for the poet’s writings.  ”Why should we Germans renounce our originality? To please foreigners who learn our language?” he asked, “Does any nation do the same for us?’‘ The nineteenth-century argument carried over into the twentieth century and the discourse on the fraktur font centered on national identity. In 1910, the proto-fascist Adolf Reinecke wrote The German alphabet. Its Origin and Development, its Expediency, and Its National Significance (Die Deutschen Buchstabenschrift) or The German Alphabet, for short, stating that “Fraktur is more compact in printing, which is an advantage for fast recognition of word images while reading. Fraktur is more suitable for expressing the German language, as it is more adapted to the characteristics of the German language than the Latin script. Fraktur is still prone to development; Latin script is set in stone. Fraktur makes it easier for foreigners to understand the German language..” In other words, Fraktur was uniquely German. Even though the font was an old one, it was not antique, like the Roman script which was decidedly not German. This alien Latin lettering was the psychological equivalent of the Roman army invading the territory of the ancient Germanic tribes. 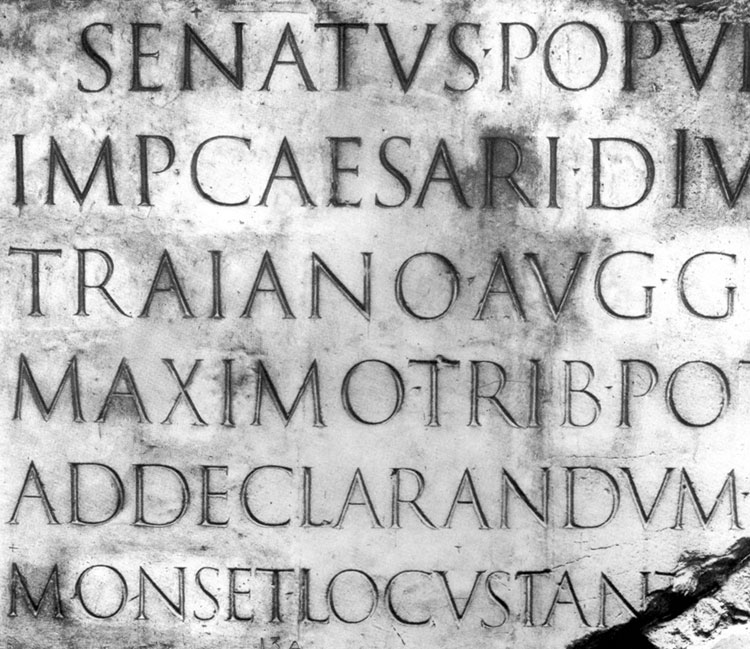 The debate over German identity resumed after the interruption of the Great War with renewed urgency. At first, there was a genuine desire to acknowledge the new century and the new machine age. Designers working in Germany were not part of the old debate and entered boldly into a new age with reform in mind. Although the phrase “New Typography” is credited to Bauhaus master Laszlo Moholy-Nagy in 1923, we also think of Paul Renner, Herbert Bayer and, most significantly, of Jan Tschichold (1902-1974), a calligrapher from Leipzig, when considering the introduction of a truly modern–as opposed to the merely legible Roman font–alphabet. Tschichold was the son of a sign painter and grew up with letters and lettering and was educated in the practical or applied arts at the Academy for Graphic Arts and Book Production in Leipzig. Although he was only seventeen when he entered, Tschichold was so skilled a calligrapher he was appointed an assistant for the evening classes in lettering at age nineteen. Being someone who was an artist, he was a rapt student of the flourishing excesses of German fonts and was particularly fond of the very elaborate “Maximilian grotesk.” But then his life changed. Tschichold attended the famous Bauhaus exhibition in Weimar in 1923 and was impressed with the forward-looking vision of the school and its artists. As his biographer, Ruari McLean pointed out in Jan Tschichold: A Life in Typography, “Curiously, the Bauhaus artists tended to use type as a component of abstract art rather than for communication. Their typography was wild, sensational, eye-catching, but in terms of legibility, impractical..the typography (by Herbert Bayer) is all in sanserif, and entirely without capital letters–a good example of theory ignoring practicality. Capital letters, like punctuation marks, are functional, since they signal the beginnings of sentences, proper names, different meanings of words, and so on. To omit all capital letters simply makes printed matter a little more difficult to read.” It is probable that Tschichold was attracted by the modernity of Bauhaus typography and recognized that a dialogue on a new typography had been opened among artists. He approached the conversation on from the standpoint of the son of a sign maker, who understood that the need to communicate should outweigh the role of design. In fact, he had already been working in a new position, which he termed “the previously unknown profession of typo­graphic designer,” for the firm, Fischer & Wittig. Far from being the invention of Moholy-Nagy or El Littizky, the idea of the “layout” for a page had filtered down to publishing firms where Tschichold had become a “book artist.” But as Robin Kinross pointed out, spurred by Moholy-Nagy and El Littizky, he looked east, past Germany to Russia at the ideas of Constructivism. His first book, titled Elementary Typography (elementare typographie) was a gathering of contemporary writings from avant-garde artists on modern design, rethinking letters and words, and pages as works of art and design. This anthology of theories and arguments from leading modern artists, particularly from Russi seems to have been aimed towards the printing trade or profession as if to spread ideas from one community to another.  Like Renner, he understood the need to bring  German printing into the international community, and, in 1928, he wrote his own highly influential book, predictably called The New Typography. Sadly, this important book was not translated into English in the late 1960s by McLean when she was writing his biography. This author described the original published version, which was “a working text for compositors and printers. Nevertheless, it has both elegance and originality, qualities which recur in nearly everything that Tschichold designed. The flexible case, in black linen with silver blocking on the spine, is pleasant to touch. The text pages, in a contemporary (non-artist designed) sanserif, are printed on a non-shiny off-white text paper. The typography is not assertive (as was so much Bauhaus typography) but expressive and practical, and the book begins unforgettably with a black frontispiece.”

Inside pages of The New Typography

Finally, under the supervision of Kinross, The New Typography was published in English in 1995,

The fate of the “new typographic artists” in Germany will continue in the next post.