Jacques Derrida was a notoriously difficult philosopher to comprehend, especially for Americans, who are baffled by his writing style and his purpose. Americans, being pragmatic, prefer ideas that can be applied to the real world and Derrida’s works seems to belong to the realm of the esoteric and untethered from actuality. Certainly, for English speakers, Continental philosophy is challenging. English sentences are relatively brief, constructed in terms of beginning middle and end. German sentences are characterized by their often extreme length–pages in some instances–their many digressions and add-ons–and the oddity of the verb at the end. French writers, that is those who write non-fiction, tend to layer their texts. The writer has a point to make and makes it and then makes it another way and then makes the same point yet another way. Derrida, however, needs to be approached, not was an ordinary philosopher, but as a poet of sorts. Basically, he was a reader who read the works of other philosophers and who then writes about the writings of others. Derrida is also a reader who reads and contemplates words and enjoys playing with words and creates word play. If one wanted to visualize his books, a flock of starlings would be a good analogy: the flock swoops in one graceful direction and then gathers itself together to swarm off in another arc. The reader of Derrida needs only to follow along and enjoy the ride.

In retrospect it is interesting to note how many French philosophers were impacted by Algeria, Jean-François Lyotard taught there, Pierre Bourdieu did his military service there and studied the sociology of the post-colonial nation, and Hélène Cixous and Jacques Derrida, both Jewish were born there. In the article, Algeria’s Impact on French Philosophy: Between Poststructuralist Theory and Colonial Practice (2011) Muriam Haleh Davis listed these notables:

What were the implications of Algeria’s role in social theory, and how do we make sense of the fact that the list of thinkers directly influenced by events in Algeria — Jean-Paul  Sartre, Albert Camus, Jean-François Lyotard, Pierre Bourdieu, Louis Althusser, Jacques Derrida, Hélène Cixous, and Michel Foucault — reads as a canonical list of French philosophers?>

In Out of Africa: Post-Structuralism’s Colonial Roots (2010), Pal Ahuluwalia made the case that the end of (French) colonialism in Algeria also marked an end of all of the promises of Modernism. On one hand, the Enlightenment had high ideas and made extravagant promises, while at the same time its agents busily conquered and colonized non-Western lands in its zeal for imperialism. Modernity was full of contradictions that imploded under their own weight. As  Ahuluwalia noted, the attacks on received wisdom came from marginalized outsiders, such as Derrida and Cixous, who were pushed to the fringes because they were Jewish. He stated, “the most vigorous dismantling of the assumptions of Western intellectual orthodoxy comes from its margins” Cixous referred to the generation of French philosophers who came of age in the 1960s as the “incorruptibles.” Indeed, most of this group had outsider status and, having no vested interests in the status quo, proved to be the most trenchant critics of established modes of thought, hence “incorruptible.”

Derrida described himself as “little black and very Arab Jew” and indeed, in some of the pictures of him as a young man, when the light is right, he is notably darker than his companions, but in other images, he is not “little black” at all. It can be presumed that Derrida was expressing his personal feeling of being marginalized. His biographer Benoît Peeters described his intellectual life as an outsider who was at the heart of French thought, a man in the middle who always stood somewhat apart from a society that had named him alien. It is predictable that it would be he, in an act of audacity, who would put Structuralism under an analytic spotlight and would challenge its leading thinker, Claude Lévi-Strauss. It is interesting that one of Derrida’s first forays into the writing of Lévi-Strauss is an oblique accusation of ethnocentric thinking uncovered in Tristes Tropiques (1955). This popular book by Lévi-Strauss is neither fish nor fowl, both biography, memoir, and an anthropological of his time in Brazil that is more anecdotal than scientific. In his essay, “The Violence of the Letter: From Lévi-Strauss to Rousseau,” published in Of Grammatology (1967), Derrida enlarged upon an essay, “Nature, Culture and Writing” published in Cahier pour l’analyse. Indeed, as Benoît Peeters reported in Derrida: A Biography (2012), Lévi-Strauss himself responded to the analysis by writing to the editors,

..aren’t you playing a philosophical farce by scrutinizing my texts with a care that would be more justified if they had been written by Spinoza, Descartes or Kant? Frankly I don’t think that what I write is worth so much fuss, especially Tristes Tropiques, in which I didn’t claim to be setting out any truths, merely the daydreams of an ethnographer in the field–I’d be the last to say there is any coherence in them.

Whether or not Tristes Tropiques was “serious” enough to bear the weight of Derrida’s analysis is perhaps immaterial for the younger philosopher found a contradiction, unrealized by the anthropologist at the heart of this book. In  Lévi-Strauss chapter, “The Writing Lesson,” there is an assumption of the superiority of writing illustrated when the anthropologist handed out pencils to the supposedly untouched native tribe in Brazil. But this move against Tristes Tropiques was not the serious attack on  Lévi-Strauss, that would be a paper given by Derrida, not in France, but on the shores of provincial America, at the Johns Hopkins University in Baltimore, Maryland. This now famous paper, “Structure, Sign and Play in the Discourses of Human Sciences,” would deliver a coup de grâce to Structuralism on the very day when this relatively recent philosophical trend was being “introduced” to America.

The year was 1966 and Derrida was a young upstart, looking to make his mark.  Writing in Johns Hopkins Magazine in 2012, Bret McCabe discussed this famous event. “Structuralism’s Sampson” is about how and why such an important event took place in, of all places, America. The conference was organized by René Girard, Chair of the Romance Languages Department, Richard Macksey, and Eugenio Donato as “The Languages of Criticism and the Sciences of Man” symposium. A number of philosophical notables, such as, according to McCabe, “Roland Barthes, Lucien Goldmann, Jean Hyppolite, Jacques Lacan, Charles Morazé; former Johns Hopkins faculty Georges Poulet, Guy Rosolato, Nicolas Ruwet, Tzvetan Todorov, Jean-Pierre Vernant, and Johns Hopkins faculty Neville Dyson- Hudson, Donato, Girard, and Macksey.” The Belgium scholar, Luc de Heusch, would not attend and Derrida was a last minute fill-in. Although very junior to most of the speakers, he came well armed. McCabe recounted how J. Hillis Miller missed Derrida’s paper, given on the last night of the symposium, and heard from his colleague Georges Poulet: “I have just heard the most important lecture of the conference—it’s against everything that I do but it was the most important lecture.” 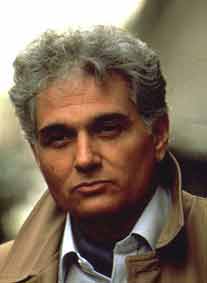 This statement by Poulet proved to be prophetic, for, in retrospect it seemed evident that a single paper took the “structuralist” turn and diverted it to “post-structuralism,” which in the case of Jacques Derrida would become a branch of philosophy called “Deconstruction. In America all of these French tendencies were lumped together into a rather reductive version called “theory.” In his book From the New Critics to Deconstruction. The Reception of Structuralism and Post-Structuralism (1988), Art Berman noted the uneven and un-chronologial publications of French philosophy. Berman explained, in part, that

Today’s students are fortunate to have access to most of the philosophical works of this and the pre-war period, translated from French, German, Russian, Czech, and so on but it is important to have a sense of chronology and context. In order to understand the break announced by Derrida it is important to understand just what it was about Structuralism that left it so vulnerable to attack. Part of its vulnerability was Structuralism’s claim to “science” and “empiricism”and it is this very aspiration towards certainty and rigor that Derrida would target. The next post will discuss The Metaphysics of Structuralism.