Jean Baudrillard and the System of Objects 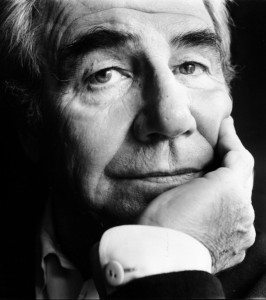 Jean Baudrillard, the versatile French philosopher was a prolific writer whose chief claims to fame are his postmodern refutation of traditional Marxism and his influential articulation of postmodernism as “simulacra”–that is, a copy of a copy without an original. Like most French intellectuals, Baudrillard was deeply disillusioned by the events of May 1968, and the failure of the social revolution predicted by Marx and the reinstallation of bourgeois authoritarian order, which demonstrated not only the middle class docility but also the opposition to real social reform.  Capitalism had triumphed and the desire for commodities and social stability was more potent than the desire for reform and revolution. Like Frederic Jameson, Baudrillard looked for a more modern or postmodern critique that included not just the economy but also the culture it produced as well. While traditional Marxists had separated politics and culture from the “base, or mode of production,  Baudrillard recognized the importance of culture in conveying the ideologies of capitalism and in maintaining these economic practices. The Marxists had maintained that the economy was more important or more “real” than the superstructures of culture, but this neglect of culture had been challenged by the Frankfurt School, particularly in the early works of Walter Benjamin and the later works of Theodor Adorno and Max Horkheimer.

The emergence of a consumer society after the Second World War forced traditional Marxism to change in order to take into account mass media and its role in creating consumers and in creating desire for the objects put forth for possible consumption. Baudrillard, however, went beyond the approach of the Frankfurt School. Adorno and Benjamin continued the Modernist tradition of believing in some form of authenticity, that there was such an entity as “fine art” and that “Art” could be autonomous and free from popular culture.  Baudrillard had no such illusions. For Baudrillard the entire society, the total culture was but a system of signs. In his books, such as Le système des objects (1968), and Le socièté de consommation (1970), the philosopher reconstructed the political economy of Marxisn on the basis of the semiological theories of the sign. As Jameson once said, “No society has ever been saturated with signs and messages like this one.”  In making the role of the cultural sphere his main focus, Baudrillard examined the life of signs in society. To the extent there can be a subject (a dubious entity within Postmodernism), s/he is confronted by a controlling world of objects.

These objects are organized into systems of signification that are, in turn, broken down into 1. non-functional objects, 2. functional objects, and 3. metafunctionlal objects.  Baudrillard examined these objects from the perspective of Ferdinand de Saussure (signs) and Sigmund Freud (psychology) in order to reveal the secret life of objects and their hidden meanings. Objects loose their singular nature and are subordinated into systems that are relative to each other, just as language is understood only within a network of relationships which constitute meaning. In order to explain the embeddedness of the object within the sign system, Baudrillard wrote in the beginning of “The System of Objects,”

If we consume the product as product, we consume its meaning through advertising. Let us imagine for a moment modern cities stripped of all their signs, with walls bare like a guiltless conscience. And then GARAP appears. This single expression, GARAP is inscribed on all the walls: pure signifier, without a signified, signifying itself..Signified despite itself, it is consumed as sign..Advertising, like GARAP, is mass society, which, with the aid of an arbitrary and systematic sign, induces receptivity, mobilizes consciousness, and reconstitutes itself in the very process as the collective. Through advertising mass society and consumer society continuously ratify themselves.

In other words, we consume the sign. We all live in a new world of leisure and mass media, which produce an alienation of conspicuous consumption and empty affluence (“affluenza”) in which, in America, according to Baudrillard, the consumers desire what others have. This fundamental alteration in the human species from using or utilizing what is considered necessary to desiring what is not necessary, except psychologically (desire), has resulted in a culture of affluent individuals surrounded by objects (signs), not people (who are also signs). Everyday life is now determined by manipulation of commodities and messages, all of which become an organization and display of domestic goods to be desired and consumed. Commodities are part of a “system of objects” that are correlated with a system of needs. Objects are offered within the context of other objects, and the collection of objects creates a total meaning. As Baudrillard wrote, “It is even the ultimate in morality, since the consumer is simultaneously reconciled with himself and with the group. The becomes the perfect social being.”

The brand name, which as Baudrillard stated is “the principal concept of advertising, (which) summarizes well the possibilities of a ‘language’ of consumption,” plays and essential role in imposing a coherent collective vision and this totalizing brand creates similitude, homogenizes and organizes everyday life into consumer items/signs/objects signifying “Jaguar,” the “granite counter top,” the Versace dress, and the Jimmy Choo shoes–all “brands” and objects of desire (not necessity).  Consumer mentality is a kind of magical thought that generates consumption. Baudrillard noted, correctly, that this “code” constituted by brands is totalitarian and totalizing and that, for the first time in history is universal, a code that no one escapes. The code is a form of socialization but conversely, the code rules what is also a primitive mentality, which “believes in” the omnipotence of thoughts and in the omnipotence of signs.  In contrast to traditional neo-Marxists, Baudrillard rejects the socio-cultural approach, insisting that there is no way to distinguish between “true” and “false” needs in a system that is governed by magical signs. In fact what is consumed is not the material goods themselves or actual objects–the point is that the actual objects are merely signs of needs and satisfaction of desire, a desire that will always return.

Consumption is a system that is a productive activity, requiring education and effort. One believes that s/he must insert be socialized into and become part of the consumer society. Consuming becomes a mode of social activity and becoming a walking sign (board) system of brands is now  socially normative behavior. In other words, although consumption is a system that assumes the regulation of signs and the integration of the group, it should not be assumed that consumption brings either satisfaction or pleasure. Consumption is the production of coded values, a sign system which replaces moral values of days of yore. This consumer-based system of signs is organized by codes and rules of consumption, not guided by “natural” satisfaction but by and through a system of social indoctrination. The satisfaction involved is fleeting and momentary and is invested, not so much in the actual object itself but in the brand which is a signal of a certain kind to a certain group ordained to recognize and invested enough to care about the meaning of the sign.

The order of production of the signs manages the system of (cultural) “needs” by the order of signification that determines the social prestige of the purchaser and maintains the value of the system of goods to be consumed. The result of the belief system is fatal to classical Marxism: there are are no revolutionary forces; no theory of subject as an active agent of social change; there is only reification in which the objects dominate the “subject” and human begins become thing-like or, more precisely, sign-like. From the Baudrillardian perspective, we are now at a higher stage of reification and social domination by objects than described by the Frankfurt School. We (magically) believe in the social power of Jimmy Choo shoes and we believe in the stock market, until it collapses or implodes, weighted down by the false magic of the signs and wonders. According to Baudrillard, “In order to become object of consumption, the object must become sign.”

This book, The System of Objects, was one of his earliest works and was a frankly Marxist critique–via Freud–of the consumer society. As indicated by the date of publication, 1968, this form of analysis was paralleled with Guy Debord and the Situationists who were investigating the idea of spectacle. But in the wake of May 1968, taking a Marxist approach was difficult and his later books, such as The Mirror of Production (1973). His later works from 1970 on, including La société de consummation (1970), Pour une critique de l’économie politique du signe (1972) refute his prior position and constitute a critique of Marxism as too conservative and is dependent upon Capitalism and its system which it “mirrors.” Later works, such as his ideas on the simulacra, discussed in the next post, point out that historical materialism as conceived of by Marx cannot exist in the new exchange of simulacra.