The Différend (1983) as “The Postmodern Condition, Part Two”

Although Le Différend was the natural outcome of The Postmodern Condition, this book is also an overt return to politics and a reassertion of a life-long concern with justice for those oppressed by the meta-narrative on the part of Jean-François Lyotard.  The philosopher grew up during the Second World War under Nazi occupation and because France surrendered, he, like many of his generation, was spared military duty. The invasion of the Allies in June 1944 interrupted what he described as a “poetic, introspective and solitary way of thinking and living,” and his closest brush with the War was his service providing first aid during the fight to liberate Paris in 1944. Without the wartime disruptions that German or English of American men experienced, Lyotard was able to proceed with his life, marrying at age twenty four and fathering two children before he achieved his Docteur ès lettres in 1971. The War had shaken his earlier intellectual adherence to “indifference,” but his early work was indebted to the German philosopher, Martin Heidegger, who had a rather too close relationship with the Nazi Party and the Nazi ideology.

Lyotard’s acceptance of Heidegger was common among French philosophers, and nothing measures the journey he  took better than the distance between La Phénoménologie of 1954 and Le Différend of 1983, which is informed by Frankfurt School philosopher, Theodor Adorno, Holocaust survivor. During this journey, Lyotard had become a committed Marxist and then a disillusioned Marxist and finally a philosopher who wrote, on occasion, politically activist works. Written in the midst of a public debate in Germany and France on how the history of the Holocaust should be written, Le Différend picked up the sub-text of oppression and silencing embedded in  The Postmodern Condition and foregrounds what was a contest among academics and scientists for what constitutes “knowledge,” and shifts the ground to a question more highly charged: under what conditions is one party utterly silenced and what are the consequences? The meta-narrative is untenable, therefore, not just because it can no longer be believed, but because it is also terroristic. However, this narrative totalitarian can be countered by what Lyotard called “critical pragmatics,” or replacing the universal with the situational, or the pragmatic narrative, which legitimates itself simple through performativity or presentation.

The local and the specific (as opposed to the universal) now replace the narrative and is dubbed “the phrase” by Lyotard to denote its fragmentariness. Geoff Bennington pointed out in Lyotard: Writing the Event (1988) that the term “phrase” could be translated as “sentence.” In other words, a sentence (phrase) is a unity but is not also a part of a larger whole or narrative. Lyotard wrote of “phrases in dispute” or phrases (fragments) that cannot communicate with each other. He made the distinction between “negotiation,” in which both parties are allowed voice and “litigation” which is a language game that enforces silence upon the aggrieved party in order to empower larger forces, such as the state or the system. What if one cannot present? What if one is not allowed to speak? Lyotard recognized that political injustice and social silencing can operate with in the (idealized) language games of Ludwig Wittgenstein. Lyotard borrowed what was, for Wittgenstein, a philosophical concept, and transformed the language game into the political. The language games have rules but the rules are hardly equitable and are built upon the “system” which empowers some and disempowers others. Into the language game, Lyotard interjected the phrase or the fragment, the fact of “it happens” that refers to the event as a “pure happening.” In other words, the phrase or event being fragmentary or singular cannot fit neatly into a metanarrative and points to the inherent injustice embedded in language.

Lyotard’s philosophy of phrases is called the différend, a play on the concept of “different,” indicating the “other” or something else, a variation or a disruption that that resists unification with a larger story. The différend is an ungovernable phrase and, although these phrases can be extended in a series, one linked to the next, the process of linking reveals difference/s among the phrases (sentences), or that which cannot be assimilated. Being part of litigation, not negotiation, the différend is that which stands alone. When foregrounded and recognized (a situation not always guaranteed) the différend is, and reveals itself to be, a unrepentant point of disagreement or dispute between at least two radically heterogeneous or opposing or incommensurable language games. In other words, the two speakers cannot speak to one another. There are rules in the game, which disadvantage one and favor the other. For example, a courtroom is an arena where a certain kind of restrictive language game is played under the guise (disguise) of being adversarial. In a rape case, the victim is presumed guilty and is silenced through questioning. A victim of discrimination has no legal standing in court if the court announces that discrimination does not exist. Language games, then, are exercises that are quite separate from the “truth” or reality.

The différend is a term based in the judicial concept of “obligation:” one party has a grievance and the tribunal (court) has the obligation to hear that grievance. However, the party which has been wronged cannot speak except in the language of the one who has caused the harm. Immediately, as has been seen, when the aggrieved one attempts to use the language of the oppressor, then the “obligation” vanishes. In other words, to assert “I have been discriminated against and here are the instances of discrimination” is to borrow a phrase that results in the speaker replying, “You are speaking, therefore, you are not being discriminated against,” and the victim is silenced. As Bennington noted, the victim is then forced to retreat into mysticism (or the irrational) and say something like “No one should be discriminated against,” which is true but non-functional within the rules of the tribunal.

It is possible to play a language game and substitute it for accurate history, a practice that, in France, was called “negationism.” As Stephen E. Atkins pointed out in Holocaust Denial as an International Movement (2009), the leading Holocaust denier in France was Robert Faurisson, the best known negator in the late 1970s and early 1980s. Faurison was the chief protagonist of Lyotard in Le Différend, which is a direct response to the denier’s claims (games). The game of denying the Holocaust had been going on for thirty years when Faurisson used linguistic slight of hand to erase the event, making historically meaningless claims but linguistically clever moves, such as pointing to the fact that extermination could not be “proved” because no victims had come forward. For Faurisson, the silence of the dead meant that no witness to the effect of extermination can come forward and therefore ispo facto the Holocaust never happened. For Lyotard, the silence in the death chambers that followed the screams is a phrase in and of itself. But how can a silence become a sentence in philosophy? 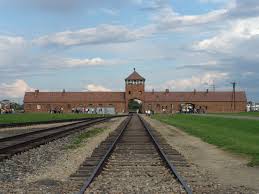 Lyotard, who had earlier discussed the haunting of the written text by a visual figure in Discours, Figure (1971), used the Polish death camp, “Auschwitz” as an image, a traumatic memory that had become the most prevalent model (figure) of a name that functions figuraly or as a figure, because “Auschwitz” escapes conceptualization and expression within the usual rules of the language game. There is a connection between Lyotard’s announcement of the end of the metanarrative and his studies of the Holocaust, and the tie that binds his works together, from his early work on the figural to Le Différend, is his interrogation of authority and his interrogation of the possibility of representation. The Metanarratives of Modernism always supposed the possibility of representation, but Postmodernism resisted or refused the comfort of a position of authority or the assurance of a conscious stance or a position of knowledge, whether it be a critique or a historical survey.

A Postmodern analysis, from Lyotard’s perspective, considered the Figure, which is smuggled into the Narrative under the guise of “narrativity,” an anachronism in history. A form of a Figure would be “Progress,” a trope, which disguised disruptions and schisms in time in favor of picturing or imaging an unbroken chain of evolution and development moving along a teleological line. The Event, which occurs at a specific time, will disturb the flow of the “historical narrative.” Suddenly there is a disruption that inserts a very specific temporal event into/onto the “time line,” but history can be written only if such “events” are effaced. The excess of the “event” must be dealt with. In the case of the Holocaust, the “event” can be denied. Or the Holocaust can be written as a narrative, even as a regulating narrative, designed to produce a consensus. The next question or the more profound question then becomes, how can the Holocaust be written without desecrating the dead and disturbing their silence?

In writing the Holocaust, one incorporates the Holocaust into the larger flow of historical events, and  its singularity is refuted. Because it is incorporated into the (meta)narrative, the happening can the be represented and reduced to a commodity that can be exchanged because it has been leveled. At that point the Event ceases to be an event. The Historians’ Controversy in Germany was an attempt to “normalize” or level the Event (the Holocaust) into a flattened time line, while in France, the efforts went to denying the Event (the Holocaust). Regardless of the motives of the historians in the 1980s, the refusal of the Event as an event was a reaction to the fact that the event itself was an excess that disrupted the traditional historical framing devices. If as Loytard stated, “The event is the occurrence after which nothing will ever be the same again,” then history is halted and the problem becomes one of how to write the event and how to restart history itself.

The discussion of the Event, the différend, and Auschwitz will continue in the next post, Part Three.