The Postmodern Condition: A Report on Knowledge, Part Three

In writing of Lyotard in relation to history, F. R. Ankersmi in his chapter “Historicism and Postmodernism: A Phenomenology of Human Experience,” referred to the philosopher’s “deplorably sketchy tale of the life and death of metanarratives.”  Ankersmi continued, noting, that “Metanarratives traditionally served rather to delegitimize science rather than to legitimize it.” History and Tropology: The Rise and Fall of Metaphor is an old book, written in 1994, but Ankersmi’s critique has merit. As was pointed out in the previous post, Lyotard did not expend much energy explaining his thesis “the death of the metanarrative,” because, it was noted, this idea was already old and did not need further discussion. Ankersmi made the same point, indeed the metanarrative had already been throughly slain in previous decades by earlier philosophers. But it is worth noting before concluding the discussion on The Postmodern Condition that the narrative, meta or not, is based upon the speaking of denotative statements which represent reality or tell a story. Thus what Lyotard discussed in his book, which is certainly meandering and disorganized, is the death of representation. But like the metanarrative and its demise, he took for granted that the reader understood that the book was proceeding from a starting point that was after these deaths of representation and the metanarrative.

Lyotard stressed that, now that large narratives had lost their potency or usefulness, petit récits and their validity (not truth) would be based on performativity and the performativity would be demonstrated in the playful arena of language games. Of course, as Lyotard himself would acknowledge later in The Differend (1983), to play a language game, to make moves, “imaginatively” is to be an individual or a “self,” an entity of which he was suspicious, who makes a difference by making a new “move.” Lyotard said, “Given equal competence (no longer in the acquisition of knowledge, but in its production), what extra performativity depends on in the final analysis is ‘imagination’ which allows one other to make a new move or change the rules of the game.” And in The Differend, Lyotard separated himself from the ideas of Ludwig Wittgentstein. That which passes for knowledge in the age of Postmodernism is formed within language games, which are unavoidably agonistic and social. Lyotard understood that these “games” are anything but playful and that the consequences are serious and connected to power, which is now both proscriptive and system-based. “The decision makers,” he asserted, who attempt to manage “sociality” do so by “following a logic which implies that their elements are commensurable and thea the whole is determinable. They allocate our lives for the growth of power.”

Indeed, Lyotard pointed out that scientists, along with other (non-human) instruments, are “purchased” not for the purposes of finding the “truth,” but in order to serve the needs of power. The way out of these attempts to control knowledge/information is the language game, which not only provides a field of play where legitimation takes place but also presents opportunities for progress in science: “..there are two different kinds of ‘progress’ in knowledge: one corresponds to a new move (a new argument) within the established rules; the other, to the inanition of new rules, in other words, a change to a new game.” Later Lyotard explained further “..the best performativity..comes..from arranging the data in a new way..what new performativity depends on in the final analysis is ‘imagination,’ which allows one either to make a new move or change the rules of  the game.”Individuals are not only in charge of the game, they also set the rules and assume responsibility for their moves or their utterances. In other words, he suggested, the game is everything and performance supersedes any old-fashioned dedication to finding the “truth” and speaking the truth in denotative sentences which form a narrative. 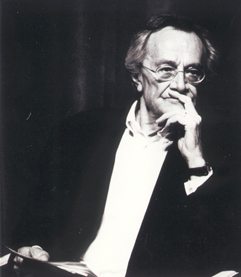 The performance of the game player begins to become the new epistemology. “What their ‘arrogance’ means is that they identify themselves with the social system conceived as a totality in quest of its most performative unity possible.” In addition, Lyotard assumed that these games are being held, so to speak, on an official or legitimate field, such as the scientific profession or the university. These sanctioned venues are also halls of power and Lyotard realized that much was at stake and that simply attempting to play the game and to present new findings or to take a new approach or to make a new “move” was often insufficient against those who held the reins of power. Lyotard made one of his strongest statements, criticizing the ways in which language games can be played by vested interests:

“Countless scientists have seen their ‘move’ ignored or repressed, sometimes for decades, because it too abruptly destabilized the accepted positions, not only in the university and scientific hierarchy, but also in the problematic. The stronger the ‘move’ the more likely it is to be denied the minimum consensus, precisely because it changes the rules of the game upon which consensus had been based..Such behavior is terrorist..By terror I mean the efficiency gained by eliminating, or threatening to eliminate, a player form the language game one shares with him. He is silenced or consents, not because he has been refuted but because his ability to participate has been threatened (there are many ways to prevent someone from playing). The decision makers’ arrogance, which in principle has no equivalent in the sciences consists in the exercise of terror. It says: ‘Adapt your aspirations to our ends–or else.'”

At the time he was writing, Lyotard could see only one way out of the trap of the system that valued conformity over the innovations proffered by language games and that escape route was a “move” he termed paralogy. Paralogy, Gordon C. F. Bearn pointed out in his essay “Pointlessness and the University of Beauty,” is a critique that challenges the notion that the system is stable and produces, as a result, discord and “catastrophe,” as Lyotard put it. Writing for the anthology, Just Education (this essay also appears in Jean-François Lyotard: Ethics), Bearn noted that this notion of upheaval is present in Kant’s idea of an “invalid conclusion” and eloquently wrote that the system “inevitably throws off word and deeds which exceed the system, which do not quite make sense, and therefore these inevitable paralogical effects express the inevitable plasticity which is the essence of the system.” In other words, paralogy is a critique of the system, probing its weak points, seeking places where logic or practice falters and foregrounds the ultimate logic of its stated goals. Lyotard was led to the conclusion that, referring to paralogy, “It is changing the meaning of the word knowledge, which expressing how such a change can take place. It is producing not the known, but the unknown. And it suggests a model of legitimation that has nothing to do with maximized performance, but has as its basic difference understood as paralogy.”

Paralogy, Lyotard pointed out, “is a move (the importance of which is often not recognized until later) played in the pragmatics of knowledge.” For Lyotard, paralogy was the necessary antidote to the structure of the system in which two competing language games confront each other. One could conceive of paralogy as a third party intervention inserted between two theses, a third way or an alternative, which does not offer a synthesis but a deconstruction of the system itself. Rubbing against the grain, paralogy brings attention to built in differences in power: there are those who are silenced (violently through terror) by language games that borrow (a canny move) the metadiscourse of universality to become dominant. Although Lyotard was interested in language games and their role in the construction of knowledge, he was not concerned with actual groups locked out of the system. That said, paralogy and its critical and invasive practices suggests that those who have been silenced or displaced might at some point find a role in a language game.

Indeed, the decades that have passed since Lyotard attempted to imagine the fate of knowledge in the postmodern era, it has become clear that the “condition” he predicted has, in fact, come true. On one hand, he foresaw correctly that the system of education and its home, the university, has resisted change, even for the sake of performance. Professors have not been replaced by computer terminals and corporations, calling themselves “databases,”  have sprung up to contain knowledge and convert its distribution into cash for the service of redistributing the already distributed. Thousands of hapless students, laden with debt, graduate with degrees that reflect the acquisition of knowledge for the sake of acquiring knowledge and not the needs of the real world, graduate each year with increasingly dismal prospects. The language games are still played within the confines of the system and the rules are rigorously enforced, silencing, through various acts of terror, those who would question its control.

The benefits of a postmodern world where knowledge is digitized and spewed out of a computer is that, as Lyotard stated, multiple “little narratives” have sprung forward, whether on the Internet or on cable television stations or on international networks of information sharing. The amount of information available today is truly stunning, bringing a new meaning to the old word “enlightenment.” Knowledge has escaped the classroom and is popularized and dispensed throughout the infotainment sites of  television and the Web. But another aspect of language games has also emerged–considered in passing by Lyotard–that which masquerades as knowledge, because this game follows the rules, or because the players change the rules of the game. The game which was meant to produce knowledge can be turned against the knowledge producers. Discourses, which are built on complete fabrication, now jostle confidently with actual proved and accepted science or co-exist with recorded facts and sanctioned discourses. Importantly, these untruthful and false discourses are not examples of paralogy, which is always a critique which provides a viable alternative, but examples of parallel language games that hijack the appearance of and the rules of existing and substantive and legitimated language games to put forward an alternative “little narrative.”

What Lyotard presented in The Postmodern Condition was not just a “report” on the future of education but also a road map for this future. An analysis of Lyotard’s interpretation of the coming “condition” shows that his was a structure of an “if-then” scenario which was a logical and systematic pathway to the change that would inevitably come. This change called the “postmodern” was an inevitable alteration to education through the rise of petit récits which led to a marked transformation of the collective mindset. People began thinking of a new way of subverting the prevailing power structures, whether it was the rise of Napster which led to downloading music à-la-carte or the death of the Canon, there continues to be a “casual collapse” of traditional centralized authority. “Authority” whatever that means today, and “totalizing” systems, those that survive,  have proved both resistant to change and inadequate at preventing the communal knitting of a new social fabric based on different rules, such as the “share economy.”

Perhaps the grand narratives of the Enlightenment are passé, but the grand narratives of control are still alive and well, from cable TV to “common core” in education. Because, as Lyotard correctly intuited, the digitization of knowledge would result in a leveling and an equalizing of information, these petit récits are now the “postmodern condition” and this postmodern condition continues to be also a crisis of legitimation. The silver lining in a period of continuing disruption is the new opportunities opening for new narratives, a new game board has unfolded for new language games, where the new rules are spelled out as “paralogy.”